Bath is the largest city in the ceremonial county of Somerset, England, known for its Roman-built baths. In 2011, the population was 88,859.[1] 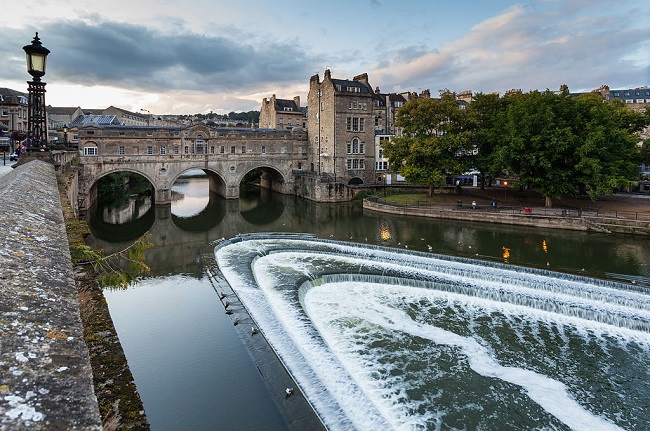 The city became a spa with the Latin name Aquæ Sulis («the waters of Sulis») c.60  AD  when the Romans built bathsand a temple in the valley of the River Avon, although hot springs were known even before then.

Bath Abbey was founded in the 7th century and became a religious centre; the building was rebuilt in the 12th and 16th centuries. In the 17th century, claims were made for the curative properties of water from the springs, and Bath became popular as a spa town in the Georgian era.

Georgian architecture, crafted from Bath stone, includes the Royal Crescent, Circus, Pump Room and Assembly Rooms where Beau Nash presided over the city’s social life from 1705 until his death in 1761. Many of the streets and squares were laid out by John Wood, the Elder, and in the 18th century the city became fashionable and the population grew.

Jane Austen lived in Bath in the early 19th century. Further building was undertaken in the 19th century and following the Bath Blitz in World War II. 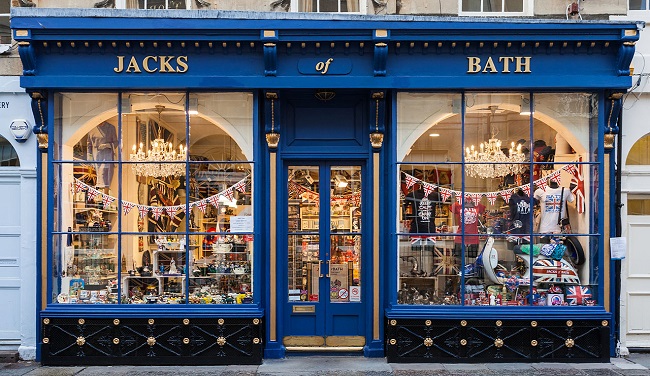 The city has software, publishing and service-oriented industries. Theatres, museums and other cultural and sporting venues have helped make it a major centre for tourism, with more than one million staying visitors and 3.8 million day visitors to the city each year.

Bath became part of the county of Avon in 1974, and, following Avon’s abolition in 1996, has been the principal centre of Bath and North East Somerset.

By the 9th century the old Roman street pattern was lost and Bath was a royal possession. King Alfred laid out the town afresh, leaving its south-eastern quadrant as the abbey precinct.[16] In the Burghal Hidage, Bath is recorded as a burh (borough) and is described as having walls of 1,375 yards (1,257 m) and was allocated 1000 men for defence.[27] 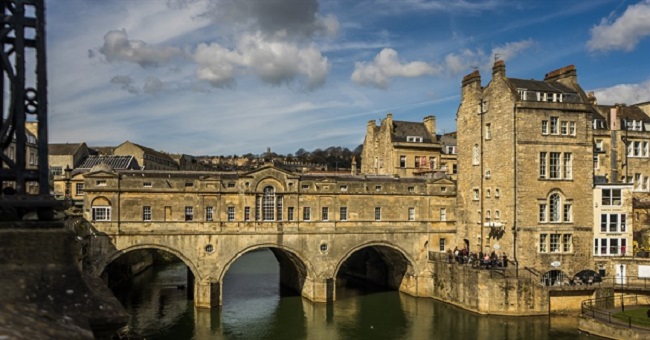 During the reign of Edward the Elder coins were minted in Bath based on a design from the Winchestermint but with ‘BAD’ on the obverse relating to the Anglo-Saxon name for the town, Baðum, Baðan or Baðon, meaning «at the baths»,[28] and this was the source of the present name. Edgar of England was crowned king of England in Bath Abbey in 973, in a ceremony that formed the basis of all future English coronations.[29] 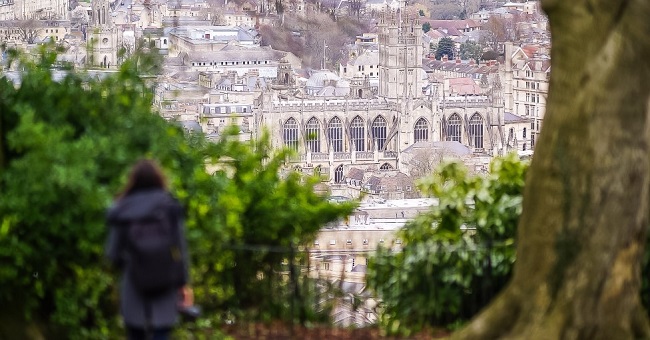 William Rufus granted the town, abbey and mint to a royal physician, John of Tours, who became Bishop of Wells and Abbot of Bath,[30][31] following the sacking of the town during the Rebellion of 1088.[32] It was papal policy for bishops to move to more urban seats, and John of Tours translated his own from Wells to Bath.[33] 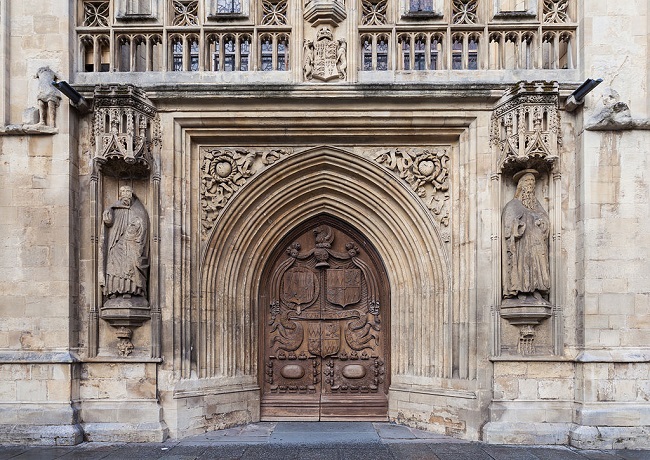 The bishop planned and began a much larger church as his cathedral, to which was attached a priory, with the bishop’s palace beside