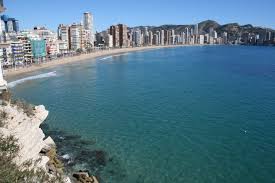 Nuevo Imparcial.- Spain tourism up 7 % in first seven months of 2014. The main destinations were Catalonia followed by de Canary Islands and the Balearic Islands. It was forecast by José Manuel Soria, Minister of Industry, Energy and Tourism that August would be a very good month.

It is also forecast that Spain will receive around 64 million international tourists in 2014 up from a record of 60.6 in 2013.